Well, yet again I’ve been rubbish with this blogging malarkey. Realised I haven’t made a post in 6 months. My plan was to keep everyone up to date with my adventure, but in all honestly not much has happened. Everyone thinks you move to Spain and you lead this amazing holiday lifestyle.

Which it would be very nice if I could go to the beach every day and parties every night, but unfortunately it is just business as usual. My day still consists of running my web design company from 9-5 and then jumping into the poker grind at 7pm for 4 or 5 nights a week. I still have to go out and do my food shopping, go into town to the bank and do all the things you have to do back in the UK, only difference is it is hotter here (and the service is poorer… believe it or not).

I left off on my last blog with people coming to visit. I had an amazing couple of weeks with Jilly, Math, Cha and my parents. It was very tiring having so many visitors in such a short space of time, and spent too much on going out and eating, but it was amazing to show everyone my little Spanish town, I think everyone had a good time. 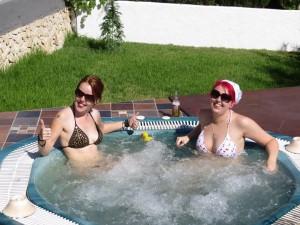 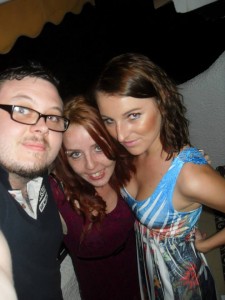 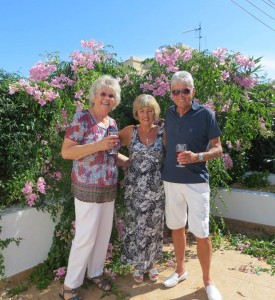 After everyone left and I recovered it started to turn to winter… which means everyone leaves this little town. I thought Blackpool was bad for seasonal traffic, but this is definitely more extreme. In summer it’s bustling with holiday makers, people partying, fiesta’s going on every week. In the winter you can sometimes walk the main streets at weekends and not see a single person. Most of the restaurants are closed and the only nightclub in town also closes its doors.

To be honest, it’s now coming to the end of February and I’m a little bored… I’m starting to miss the big city hustle and bustle. You don’t appreciate how good it is to get a McDonalds at 3am or even to catch a local bus. Whereas Moraira is one of the most beautiful little places I have been, I don’t think it is really for my age group long term and maybe it will be a place I would like to come to retire.

This year my plan is to move nearer a big city (Alicante, Valencia, Barcelona), which it will be nearer to the airports (reducing costs to come travel for poker more again) and to the casino (need to definitely polish up my live game).

Mid last year, poker wasn’t going so well. I got into a hole with Bankroll Supply (which hasn’t really happened in the last 4 years of playing with them). It was a time also that I really was depending on the money which really increases the pressure on trying to make a profit every month. I think I have been quite lucky as I have played poker over 10 years and it has been the first time I have been in this situation. Mainly because I have always refused to ever make poker my sole income. Although I’m not the most organised person with my finances, I know I couldn’t deal with the full time pressure of not having a more secure income to pay my rent, bills and food.

Psychologically the downswing really got in my head. I don’t know about a lot of you poker players out there that are at least semi-dependant on a poker income, but sometimes I have a dream that one day I might wake up and have literally completely forget everything I know about the game and not be able to win any more. Well this downswing I actually convinced myself that had happened. It was like I had forgotten even my A-game and just couldn’t find my way to a final table no matter what I did.

Overall I think it could have been a lot worse, I definitely could have lost more than I did. I was a good girl and dropped stakes, went to the softer games I know I can beat and took more time away from playing as I started to hate it. I always promised myself if I didn’t win at the game I wouldn’t bother playing any more…. What’s the point!

I would never claim to be a particularly good poker player, however one thing I know is that my bankroll management and discipline has made me through over 10 years of winning, and I do believe that those qualities are if not more important than an actual knowledge of how to play.

At the end of the day we all mainly play poker for one thing (apart from those weirdoes that actually enjoy it) we play to be able to make a long term profit from the game. I have seen it hundreds of times in poker, these so called hot shots binking a tidy sum that could make life a lot easier for a while, to then be picking up chips off the floor for their dinner the following week as they start to think they are indestructible in the higher stakes.

I will agree though, one downside to my admittedly slightly over-disciplined-ness, is that I have probably missed out on some bigger shots and banked my profit rather than played higher buyins, taken deals and chops instead of going for the win.

However looking back at my main aim, to make a long term profit, the decisions and restrictions I have placed on myself have achieved that goal.

I managed to turn it back around this year and have got back off to a great start. I managed to win a satellite for a live event but decided to cash it in due to travel expenses. That generally goes against one of my rules; I always believe if you win a seat you should play…. You never know if that could be your big bink.

I’m on the fence about going to Vegas this year; I want to focus on moving house around that time so might be too much hassle. I’ve started to save money just in case. I miss Vegas sooooooo much <3

I’ve also forgot to mention my trip back to the UK (stupid poker rant) over Xmas and New Year. It was really crazy to go back; it felt like a different life. I think I must have got used to the very chilled out and relaxed atmosphere in Spain. I look back now and wondered how I managed doing all that I do as well as the social life I had, going out with friends, going to Dusk Till Dawn. 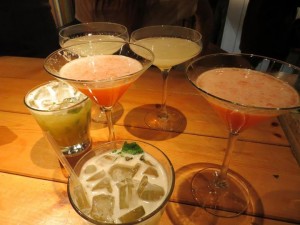 I do miss things a lot back home and wish I could bring all my friends and some of my old lifestyle here in the nice weather.

I got to hang out at Cha’s which always makes it feel like Xmas. Blackpool is always a fun time, and I have some of the funniest amazing best friends. 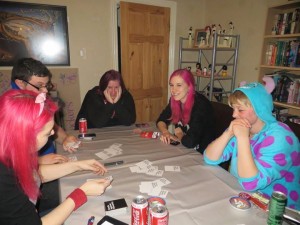 I then rented a car and drove to Nottingham to see all that crew, played a tournament in Dusk Till Dawn… I think that was the strangest to go back to. Got to catch up with Alex (Otter) and Rachel, Danny and Poppy among others.

Then it was on to London for New Year with Jilly, thankfully we had a nice quiet time as Jilly had to work a lot. I was exhausted by this point. Then drive back to Blackpool to get the flight back. 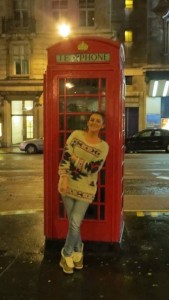 I got back on Claudio’s birthday, so went for some cake with the family. I still haven’t learned to speak to them all in Spanish yet so I just sit and smile a lot. (Scary crazy English girl alert) 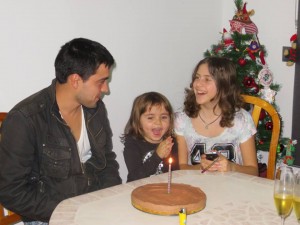 Things are good at the moment and feeling really happy, looking forward to this year and where it is going to take me….let’s see in the next blog….